Home > Publicaciones > A monitoring and evaluation framework for South−South cooperation 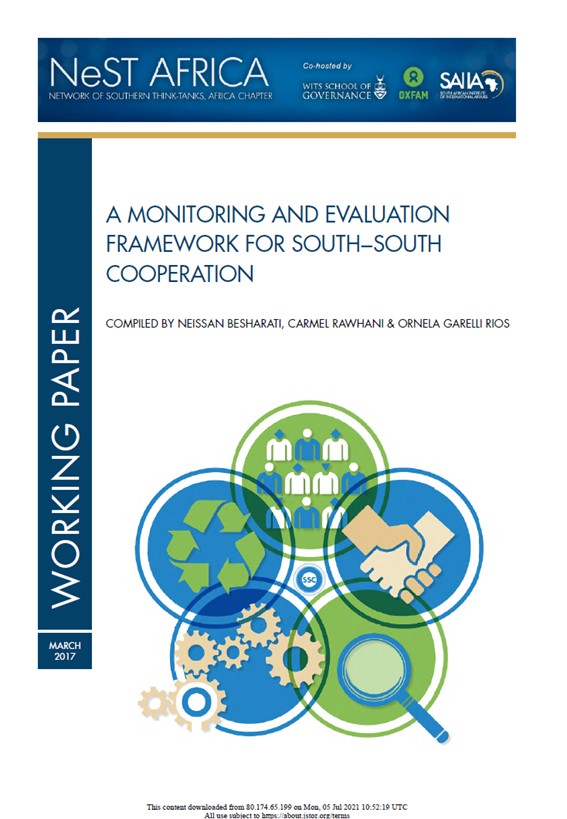 In September 2015 the Network of Southern Think Tanks (NeST) published its first working document based on the initial technical workshops held in South Africa in 2015 to develop a common conceptual and analytical framework for South–South cooperation (SSC). Following consultations with broader stakeholders throughout 2016, as well as tests of the framework through various field-based SSC case studies, Southern experts and researchers came together again a year later in Mexico City to revisit the monitoring and evaluation framework for SSC. This paper summarises the outcome of the NeST technical workshop held in Mexico in September 2016, where different country and regional experiences were drawn upon to fine-tune, simplify and update the NeST analytical framework. The framework now presents a new set of 20 indicators, organised in five dimensions, which researchers, evaluators and policymakers can use to assess the quality and effectiveness of SSC and its contribution to sustainable development.