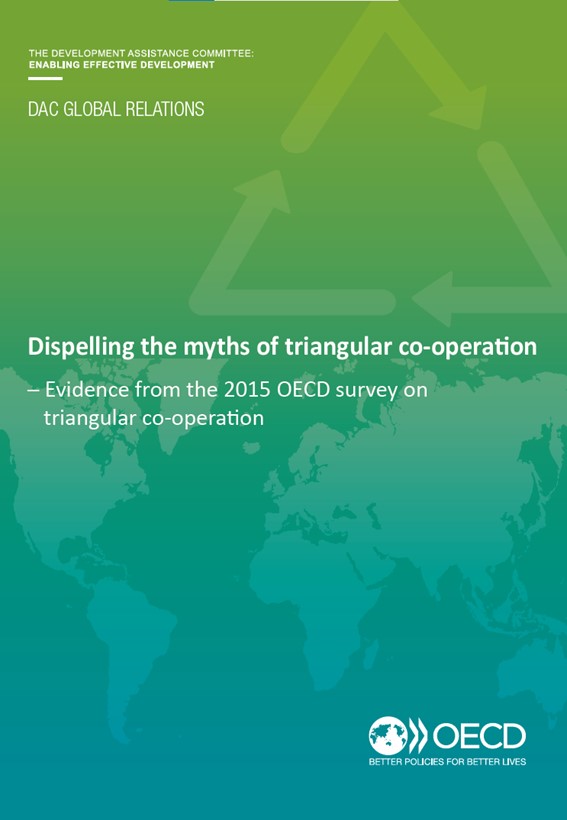 Triangular co-operation features in the 2030 Agenda and the Addis Ababa Action Agenda as an instrument to achieve the Sustainable Development Goals. It combines the comparative advantages of the different partners involved, creates synergies, promotes learning among all partners and builds relationships based on trust. However, several myths have developed about triangular co-operation projects 1) being small in scale and scope, operating only in niche areas; 2) lacking systematic planning and implementation mechanisms; and 3) having no clear value added. This report addresses these three “myths” by analysing the results from a survey of triangular co-operation that the OECD conducted in 2015. It provides evidence on the “reality” from over 400 projects that were reported by the 60 respondents. The report concludes that triangular co-operation is a highly relevant and strategic mode of co-operation with increasing numbers of projects, budgets and durations, established planning mechanisms and a clear value added.