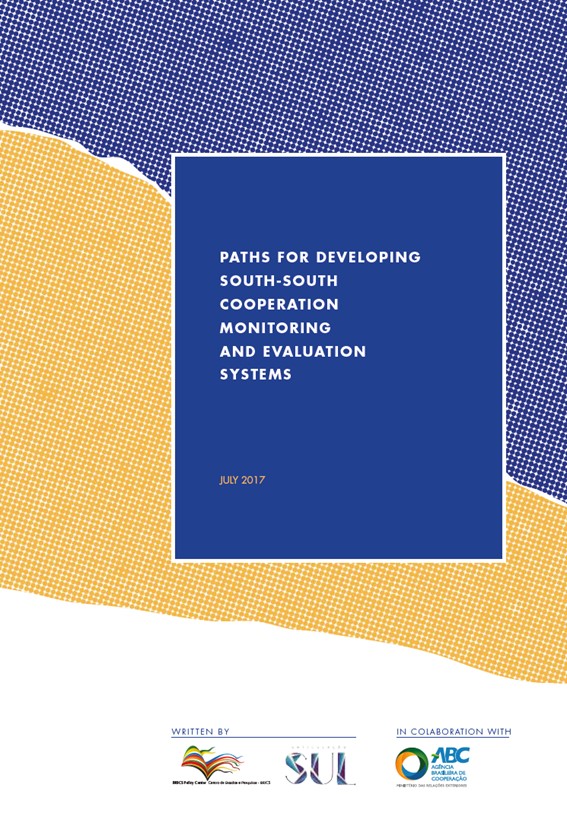 This document is based on the “Dialogues on Brazilian South-South Cooperation” held in Rio de Janeiro, in January 2017. The event was organized by the BRICS Policy Center in collaboration with the Brazilian Cooperation Agency (ABC) and with the support of the South-South Cooperation Research and Policy Centre (Articulação Sul). It brought together SSC actors from twelve countries, as well as a significant number of Brazilian implementing agencies and international organizations. This document is authored by experts and researchers from Articulação Sul and the BRICS Policy Center. The views contained here do not express the official position of the Brazilian Cooperation Agency nor that of any of the individuals or the institutions they represent, who have actively participated in the “Dialogues”. The report, therefore, presents the authors’ own reflections on the ongoing debate on how to strengthen SSC Monitoring and Evaluation (M&E) systems so they are capable of accounting for the diversity of practices and contexts that constitute the field of SSC.