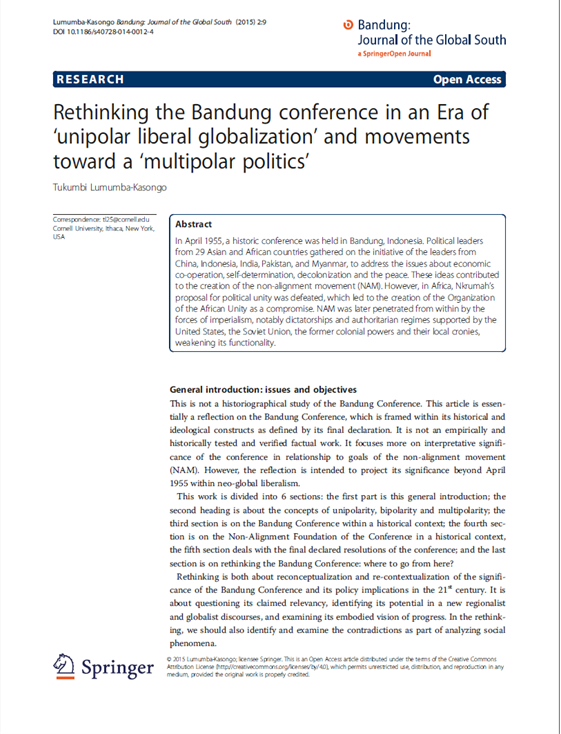 In April 1955, a historic conference was held in Bandung, Indonesia. Political leaders from 29 Asian and African countries gathered on the initiative of the leaders from China, Indonesia, India, Pakistan, and Myanmar, to address the issues about economic co-operation, self-determination, decolonization and the peace. These ideas contributed to the creation of the non-alignment movement (NAM). However, in Africa, Nkrumah’s proposal for political unity was defeated, which led to the creation of the Organization of the African Unity as a compromise. NAM was later penetrated from within by the forces of imperialism, notably dictatorships and authoritarian regimes supported by the United States, the Soviet Union, the former colonial powers and their local cronies, weakening its functionality.